The Promised Land, a new book from Bill Conall, is a novel of Cape Breton. It’s not a history lesson. This book is about people, and it’s about community, and it’s a reflection of the dreams of the hundreds of people who have come to Cape Breton over the years, indeed over the past several centuries. It’s a book full of stories from the heart.

With a sleight of hand that borders on magical, Bill mixes history, fact, story, and humour in his own unique style. A distinctive characteristic of Bill’s writing is to make each chapter a short story in its own right. But then the characters take on a life of their own wandering in and out of each other’s stories like friends and neighbours wander in and out of each other’s houses, characters with wonderful names like Malcolm Angus Joe Maggie Morrison, and Gummer MacInnes. You will laugh. You won’t be able to help yourself. But you may also find you have a lump in your throat before you’re done.

The Promised Land spans about forty years in all, opening in 1970 as a group of young hippies make their way to Cape Breton in an ancient van named Methuselah. Their dream of living off the land comes to fruition when their leader, a stalwart young woman named Victoria, charms the socks off an unsuspecting Cape Bretoner named CamFourth, winning the motley crew the privilege of living and working on what comes to be known as Sunny Hope Farm. The book is filled with stories like the Loch Broom, a lobster boat with a cantankerous skipper, and hippie Frank, complete with pony tail and pink back pack, who learns the art of lobster fishing and earns the respect of his captain. You’ll learn a bit about the original pioneers who settled Cape Breton, those who stayed on, and those who left, to find a new home in New Zealand.

Then we jump forward to 2012, picking up our friends at a later time of life, learn about their marriages, their children, their successes and misadventures, including a plan for a select group of youngsters from the Baddeck Academy to become exchange students with a group of likewise youngsters from New Zealand, all descendants of the original pioneers. We also meet the new doctor in Baddeck and get to know some of the local characters as she settles into her first ever practice. The Promised Land houses a ceilidh of course, and a home wake, and everything in between. This wonderful book takes us full circle.

The writing feels effortless, the humour is joyful, the characters are so real you’ll feel like you know them first hand. And while all but one of his characters are fictitious, Bill has engendered them with the essence of the Cape Breton spirit, that which makes the people of the Cape so peculiar and so very special at the same time. The Promised Land is more than a promise; it’s the full cupboard of life. 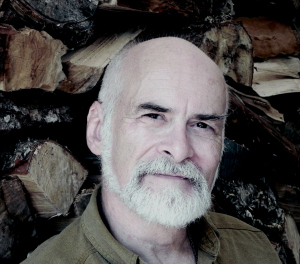 Bill’s first book, The Rock in the Water, released in 2010, has been honoured as a silver medalist by the Stephen Leacock Memorial Medal for Humour. It’s a bundle of stories from Quadra Island on the west coast of Canada, an island not unlike Cape Breton.  When asked how Quadra Island compares to Cape Breton Bill said, “Well, the mountains are bigger, but the people are about the same size.”

You can get a copy of Bill’s new book at The Blue Heron Gift Shop in Baddeck.  You can also order an electronic version for your E-Reader from the publishers, Boularderie Island Press. You can visit Bill Conall at his website at http://billconall.com.